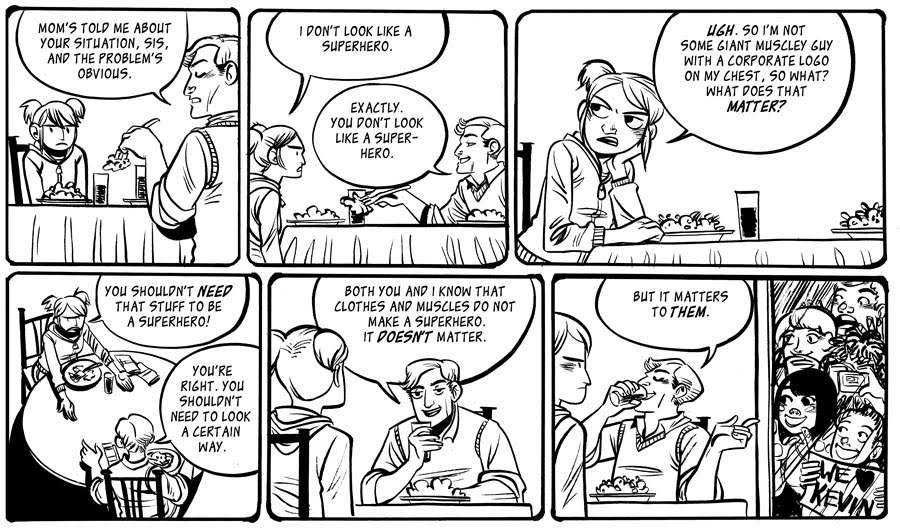 Kevin has some opinions on superheroes and the reactions to them. My question is: Who defines what superheroes look like? Well, comics do, of course. And sadly comics tend to have a limited scope. Maybe that’s why I made this comic about a Superhero Girl, but I dunno. I just wanted to draw something fun. I kind of fall down as an activist. I’m scared of conflict. I’ll leave the activist stuff to people more eloquent than I am. 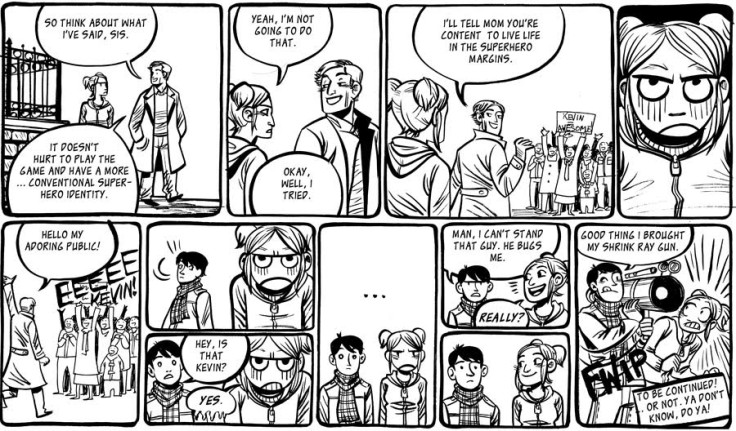 Aw, Superhero Girl thinks she’s found a friend, a comrade with whom she can complain about her brother! … but he’s actually packing a shrink ray gun in his skinny jeans, which is very impressive. (Insert phallic jokes here.)

The « to be continued! … or not. Ya don’t know, do ya? » is a direct swipe–er, HOMAGE to Bloom County, one of the greatest comic strips in the world, and something that allowed me to gain a great understanding of the 1980s, by reading them about a decade after they were originally published. Spiro Agnew! Apparently he was a guy that was pardoned? I dunno. Anyway. Bloom County: It Is Awesome!